Yep ...we are all still patiently waiting for the day when the people from world's oldest continuing culture, holding the same legal rights as a rock on a track before 1967, the traditional owners of this land, are at least acknowledged in the Constitution of Australia as part of the development of a treaty and edge closer to true reconciliation. 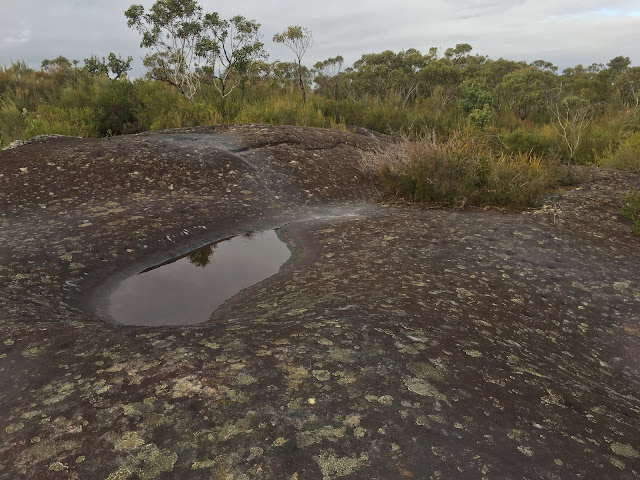 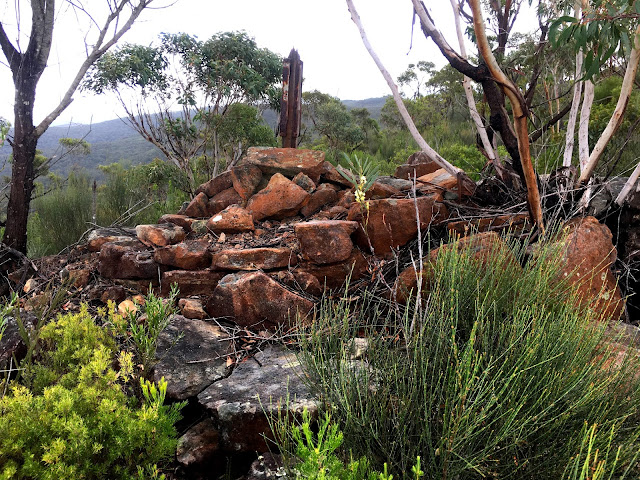 What is left of Ardern Trig 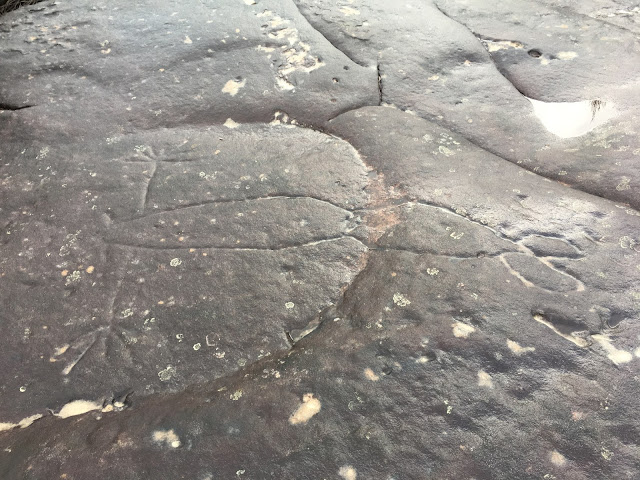 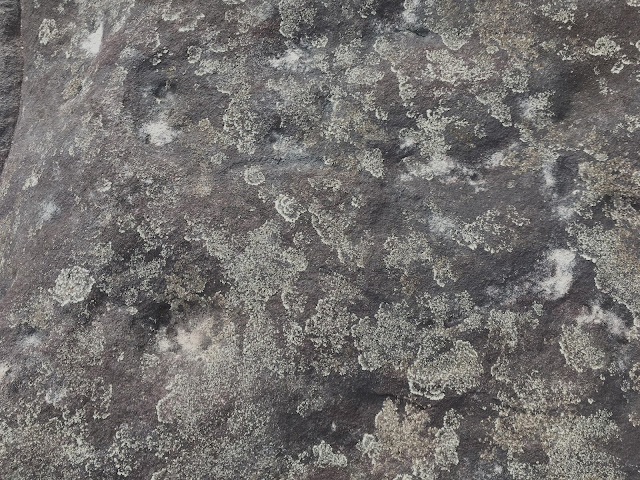 Mundo pointing back toward Topham Trig 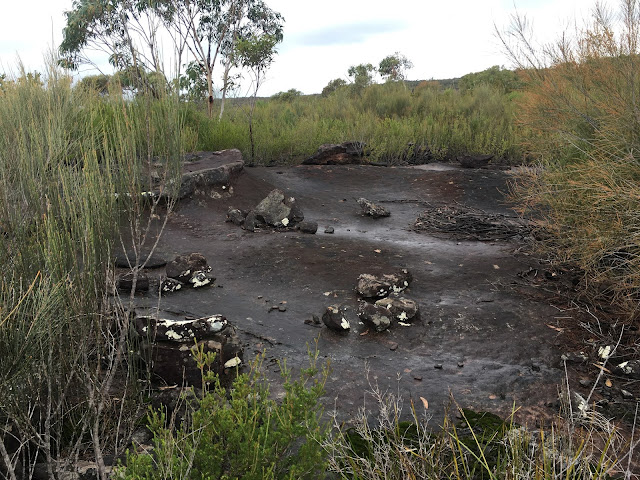 The side track from the Waratah Track to Ardern Trig is worth the trip - not recommended if raining! The "man engraving" is an unusual one - similar in ways to one at Topham Trig (lower) but in very simple-figurative style in terms of the arms and fingers - similar to one other at Cowan, one in Berowra and one other in the Central Coast. 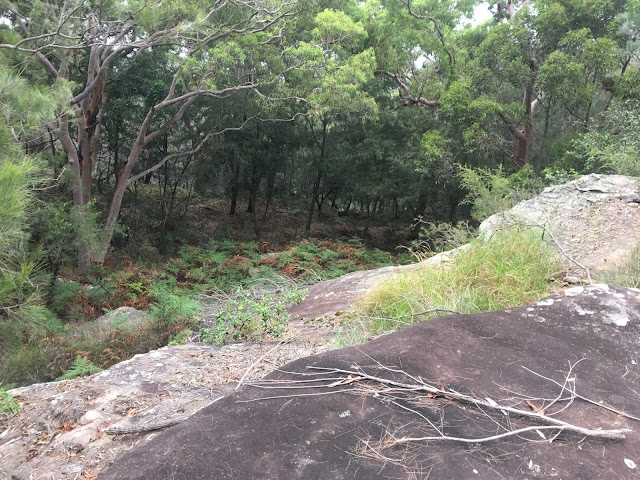 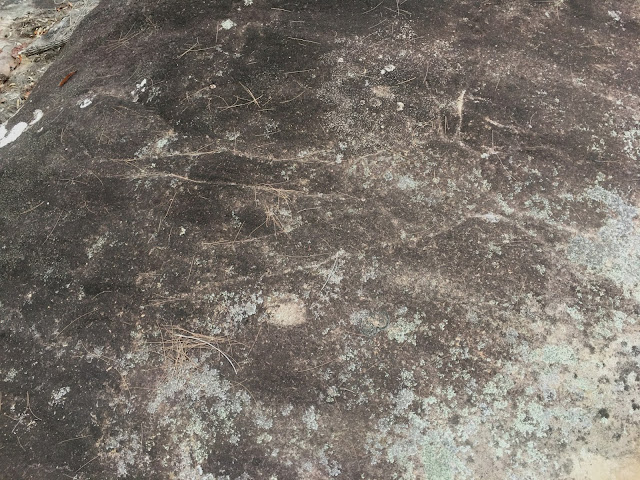 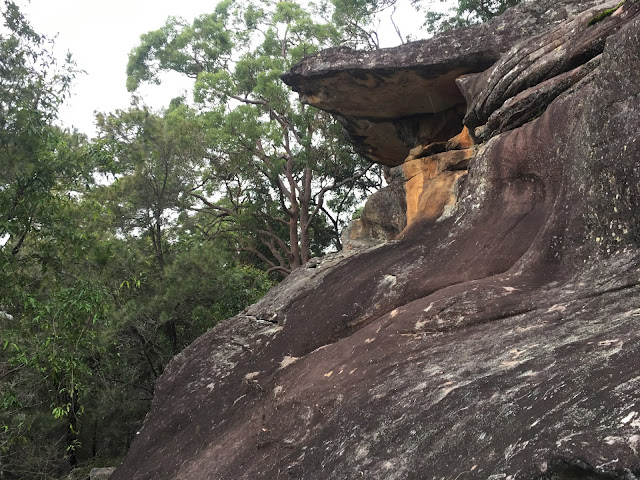 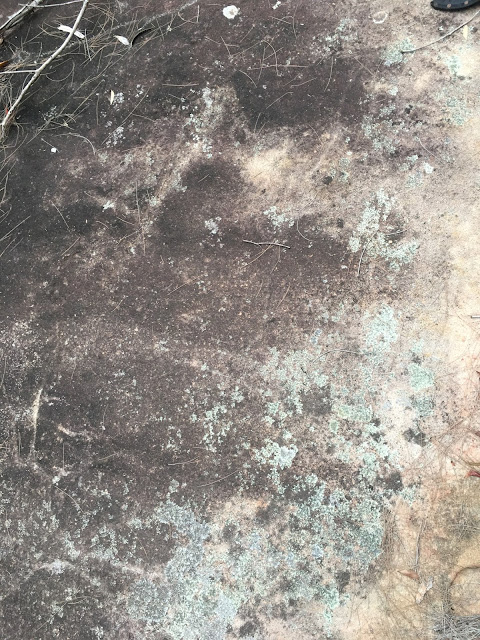 Shield-like engraving
W.D.Campbell described a series of cave art sites near this location in 1899. He missed these engravings in the vicinity of the Koolewong Water Tower. 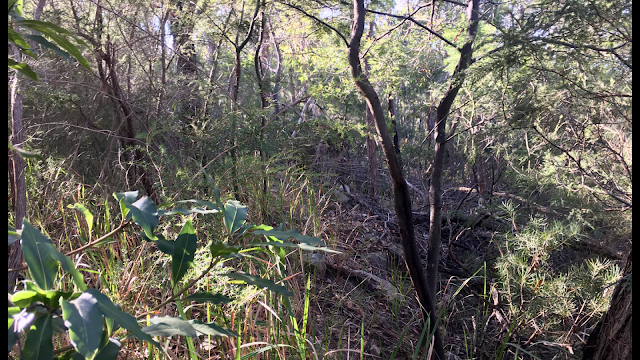 What's left of Mt Kuringai Site (2)
Sadly, the sister site of Mt Kuringai (1) located on the western side of the railway line north of Mt Kuringai Train Station hasn't been protected adequately. Visitors to Mt Kuringai (1) would be familiar with the figures of Baiame, two of his wives and the long trail of mundoes. Most people might not realise that the Sister Site of this engraving platform is located a short distance north-north-east of the main site. It once featured a group of men amongst other engravings. It is separated by NSW's main northern train line.
The presence of this site is acknowledged by a NSW Railways "Environmentally Sensitive Sign" that is tied to the railway corridor fence (F3 side) and is visible whilst travelling by train from Berowra to Mt Kuringai. It would seem that some inconsiderate persons (contractors or employees) sought fit to dump a range of rocks, cement and earth on top of the platform - an amazing sense and example of environmental sensitive practices.
The only legal access to this buried engraving platform is via the F3/M1 Motorway i.e. park in an emergency bay and bush-bash it in. Maybe it was treated the way it has been as "they" figured that no-one would come back to find it. Watch out for Brown Snakes here!